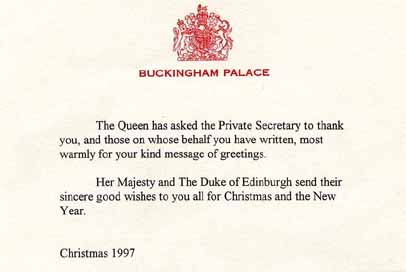 17:30 Ontvangen Prince Charles honoured Lord Mountbatten wedding Diana Prince Charles honoured his late great-uncle Lord ‘Dickie’ Mountbatten on his wedding day by asking Diana to include the Mountbatten rose in her bouquet, florist recalls. David Longman created the floral arrangements for the 1981 royal wedding. Prince Charles requested that Diana carry a Mountbatten rose in bridal bouquet. Mountbatten, who was assassinated by the IRA in 1979,  was mentor to Charles. Charles and Diana spent three days of their honeymoon on his country estate By Claudia Joseph for MailOnline Published: 16:16 BST, 15 July 2021 | Updated: 16:17 BST, 15 July 2021.Prince Charles honoured his late great-uncle Lord Mountbatten during his wedding to Princess Diana 40 years ago, according to a new Royal documentary. Florist David Longman, a member of the Worshipful Company of Gardeners, who created the floral arrangements for the 1981 wedding, revealed that Charles asked Diana to include the Mountbatten rose in her bridal bouquet. Mountbatten, who was assassinated by the IRA in 1979, was a mentor to the Prince of Wales and encouraged him to ‘sow his wild oats’ with then girlfriend Camilla Parker Bowles, now his second wife. He later invited the newlyweds – the Prince and Princess of Wales – to spend the first three days of their honeymoon at his country estate Broadlands. My conversations with Lady Diana were very similar to so many discussions I had with brides and what they wanted,’ said Longman. ‘I showed her the designs – we had many more designs and more intricate designs than I would show to a normal bride. We talked to the dressmaker beforehand. I had been to see the dressmaker. ‘The Emanuels were very discreet and wouldn’t tell me very much, which I quite understood. They did give me a patch of material so I could feel what it was going to be like. ‘And they showed me an outline sketch so I knew it was going to be a very voluminous dress. She was like any other bride, excited, intrigued, wanting guidance as to what she was to have, very normal, a very, very normal young bride. ‘She chose this one, which was a long drop bouquet, lily of the valley, stephanotis, orchids. The Prince made one request and that was a Mountbatten rose in memory of his uncle, who he was very attached to. He particularly wanted it. ‘There was only one grower. It’s not really a florists’ rose – it’s a garden rose. And it was only one colour because it’s a golden rose there in the centre of the bouquet.’ Longman, whose father created the displays for both the Queen and Princess Margaret’s weddings, revealed that Diana made one request. ‘She was very easy to deal with,’ he added. ‘She wasn’t particularly demanding. She was always charming. ‘If you look at the photographs from Princess Elizabeth’s wedding, you will see that the big photograph with all the bridesmaids, everyone is carrying a bouquet, except the bride. ‘The princess asked for her bouquet to be put on the tomb of the Unknown Warrior. ‘Lady Diana had heard this story so she said: ‘Please can we have two bouquets?’ ‘So, we had one that went straight onto the tomb and the other that was delivered to Buckingham Palace ready for the photographs.’ The documentary The Wedding of the Century, that premieres on BritBox on Thursday, also revealed that Prince Charles, who notoriously remarked ‘whatever love means’ during his engagement interview, put his stamp on other aspects of the ceremony. Former Royal Navy head baker, who met Charles in 1979 when he created the cake for the commissioning ceremony of HMS Bulwark, disclosed that he had insisted that the emblem of the Welsh red dragon was painted on the cake. ‘I met Prince Charles when he was on Bulwark,’ said Avery, who was the Chief Petty Officer between 1962 and 1984. ‘They wanted a commissioning cake making and Prince Charles cut the cake. ‘He pointed to it and said: ‘Have you made this? Beautiful cake.’ So, I was quite pleased about that. When Mark Phillips married Princess Anne, the Army did the cake. ‘So, my Admiral got in touch with the Palace and said: ‘It would be nice if the Navy got the chance to do the wedding cake.’ I was at the cookery school then as a senior instructor teaching baking to the boys. ‘I got told that I was doing the wedding cake but I couldn’t say anything to anybody until the press release. I was quite pleased about it at the beginning. To be picked, to make the future King and Queen’s wedding cake, you couldn’t get a higher honour, could you? But as things went on, I always thought that one day I would be put in the tower if anything went wrong. ‘I met Diana at Buckingham Palace to show her the design. She was so nice. I was, well not petrified, but apprehensive of meeting her and that’s what she said to me: ‘I was apprehensive of meeting you and it’s been a pleasure.’ ‘She said to me all she wanted was a wedding cake – she didn’t want a monument. But when Diana had seen the plan, everything was fine, she was happy about that and we thought great. ‘But then we got a phone call Prince Charles wasn’t happy and we thought: ‘Oh damn.’ But what it was they used to name him the Red Dragon, so I had to put the crest of the Red Dragon on the front of the cake and that was the only change.’ Finally, Barry Rose, former choirmaster of St Paul’s admitted that Prince Charles had chosen the venue, as well as the music, turning to his friend, the late Sir David Wilcox who was Director of Music at King’s College, Cambridge when he was a student. ‘Charles had the say in it,’ he said. ‘I think he was the musical one, he actually had played the cello, I believe.’ The Wedding of the Century premieres on BritBox on Thursday July 15.