Thursday, 13-03-1997
Yesterday a friend of mine died. Shortly after having received that message I listened Bach and saw the broadcasting of your trip to Angola on Dutch television with Dutch subtitles. This meant very much to me. Now my fellow countrymen can see and read who you really are. That's where I am fighting for Diana. Yesterday I read on an envelope of de Baak 'Short lines, the binoculars. Iris G. (29) heeft belang in de organisatie. lastig: 'vertrouwen winnen' "Iris G. (29) has an interest in the organization. difficult: 'gaining confidence'. I recognized immediately the words of Elizabeth. I know her too well and recognize the problem. I reacted with a fax message to the reception of de Baak 'Dat heb je al járen van mij'. It means 'You have this already from me during years'. This is not a mocking remark but a sincere expression of the truth. During the years 1989 until 1991 we worked together in complete mutual confidence. I changed my whole life in 1991 in order not to lose that confidence. I will write this today to her. Today I sent a list of friends and relations to the editor of Source and enclosed photograph taken on the 13th of November in de Baak in NOORDWIJK. 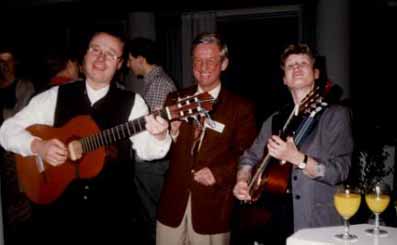 I think I did my best for a personal reconciliation towards Elizabeth. It's up to her how to react. I already recommended her as my best colleague to the Queen. I also received enclosed letter on behalf of Prince Willem-Alexander and an invitation for three meetings of FamilieBedrijf on 20, 21 and 22 of March. I think 'Cervantes' is going to be a big FamilyCompany and will visit the meeting of the 22nd. I also received a letter that the Lion's Organization can not support my request for the Princess Diana Benelux Fund regarding the supranational character. Nevertheless I will keep the idea in mind to start up the fund myself after the realization of the Cervantes Project. 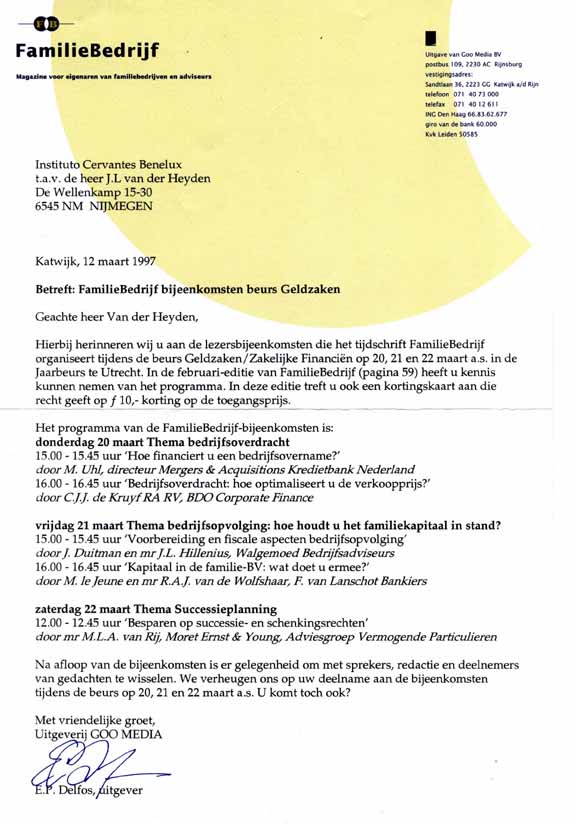