Monday, 11-08-1997
I remember that the girl who made copies of my letter to you in London last April was an Egyptian girl. Her name was 'Lucy'. She was very kind and gentle. On 22 April I was brought to KP by an Egyptian gentleman. Also the owner of the Manor Court Hotel was an Egyptian. I don't know if he has connections in Park Lane, but as you know I dispose of the capacity of 'clearvoyance'. And I see that you were taken away two weeks before the renewed visit of the "Prince of Europe" to Kensington. We call this "process intervention" in management terms. It is not a judgement but a statement. The authority will be Sergeant Sharp and all security officers around me. I see that people around me are collaborating marvellously. Specificly the security services here around. The group activity implies of course enclosed group that will visit your Palaces and Gardens next week organized by 'Vorsten'. This magazine already organized for me an unforgettable Prince's Day last year, since I saw you for the first time. The excursion started in the restaurant 't Goude Hooft' in The Hague and when I entered there they played 'If I were a carpenter and You were a Lady, would You marry me anyway? Would You be my baby?' I am not a carpenter Dear Princess of Wales. I am the legal 'concolleague' of THE KING OF SPAIN in the Low Countries. And as I wrote I need an equal partner and took personal initiatives. I take personal responsability for all Spanish speaking Dutchmen and give you the occasion to do this as well for your British subjects My Dear Royal Highness. I worked on that subject during a year and invested everything I have. This is what I wrote to Elizabeth last week. I see that in 'De Telegraaf' of today on page 5. I translate. "French flourish up princess Diana. *Princess Diana seems to enjoy herself excellently in the company of French peace militaries in Sarajevo. The former wife of crown prince Charles paid a visit to the Bosnian capital within the framework of her campaign for the victims of landmines. But for wel meant interest Diana depended on the French. The homefront in England is only interested in her supposed romance with Dodi Al-Fayed, one of Englands most known playboys. To be said the sensation magazine Sunday Mirror paid 825.000 guilders for some hazy pictures that a 'paparazzo' had taken of the couple on board of Al-Fayeds yacht in the Mediterranean Sea. In Sarajevo it did not go very well with Diana's conversations. With a victim of the landmines she appeared not to be able to exchange a single understandable word. Other Bosnians acted contempting about the interest of the princess. "Again another visitor to the zoo", sounded a spiteful comment, "could'nt she have come when the mines were laid?". I recognize the French soldiers from last 30 april, when I had finished my Second Royal Mission after having posted my card To My Fifth Rose in the pillar box of Regent Street and I had taken the wrong train to Paris, after I had realized what I had done. 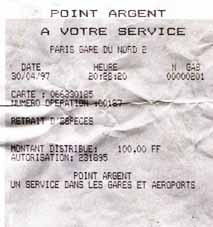 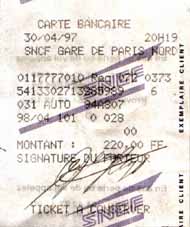 I had to wait from 19.30 till 23.10 on Gare du Nord although I had not taken the security precautions. Because it was an incalculated mistake and my thoughts of you. But I was perfectly guarded by the boys that surrounded you in Sarajevo. Next Monday Evening I should like to be your guest. I don't want you to come to Holyday Inn. I can come to KENSINGTON PALACE again. In the open. I have nothing to hyde. Sergeant Sharp knows everything about me. I am an honest man. Well educated and your Palace Guards also know me very well. They acted extremely courteous to me last 22 April. But I don't think I will take an Egyptian driver anymore. I may presume that I can count on Your Invitation. The fax number of Hotel Holiday Inn Windsor is 01628-770035. YOURS DEDICATED, JOHN VAN DER HEYDEN. Netherlands.